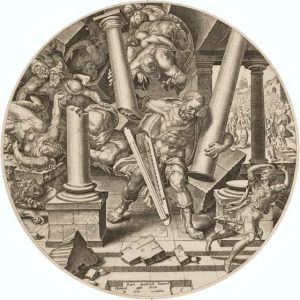 New York Congressman Anthony Weiner is the latest VIP to fall victim to his own temptations and sins. Weiner’s rising star among democrats began to fall last week when the Congressman’s Twitter account posted a picture of Weiner’s groin clothed in underwear. He first claimed that his account had been hacked but later admitted that he sent the picture although he intended it only for one woman. And that woman was not his wife. We next learned that a number of other women had racy conversations via text messages with him. We now learn further that he may have coached at least one of the women to lie about the messages.

Here in Alabama we have a Mobile County Commissioner, Steve Nodine, who was a rising star in politics and a darling of the local media. Today, Nodine sits in the Baldwin County jail today on a Federal firearms and drug charge while awaiting a possible second trial on charges he shot and killed his longtime mistress a year ago. His rapid descent from star to scourge still has people shaking their heads.

The common cliche is that both have “feet of clay.” (1)A reference that likely goes all the way back to Daniel 2:43. That’s true and it also pertains to every one of us. All are fallible, all are sinners (Romans 3:23; 1 John 1:8). These two very successful men, tracking toward greater success and outwardly happily married succumbed to temptations of the most base sort. In the temptation they are no different from just about any other man.

But we are still prone to ask “why?” How could someone with everything going right for them suddenly go so wrong? We find the answers in Samson.

Sin rarely attacks suddenly. Instead the tempter prefers a slow, very gradual approach. Samson’s first move toward sin came as a young man. He was not satisfied to find a wife among the Israelites but instead looked to the women of Philistia (Judges 14:1-3). His decision was displeasing to his parents but they acquiesced. It must not have seemed like a big deal. However God prohibited his people from marrying among the pagan nations (Exodus 34:16; Deuteronomy 7:3). (2)The prohibition was, strictly speaking, against marrying among the nations of Canaan but such would have included the Philistines at least in principle.

Samson’s life was marked with increasing violence and a self-centeredness which escalated throughout his life.

Although all the details are not revealed I suspect we will find that Congressman Weiner has been dabbling in this kind of sin for a long time. In the case of Commissioner Nodine he was unfaithful for years. His  adultery was apparently an open secret. Why his adultery may have moved on to murder is anyone’s guess.

We need to be aware that sin is sneaky. The Christian should avoid even the appearance of sin (1 Thessalonians 5:22).

Samson thought he could handle his sins. God had given him a blessing of extreme strength and Samson was convinced that he could never be overcome. He was wrong. He was never to cut his hair. Once it was cut, he was like any other man (Judges 16:17). Once the mighty Philistines were upon the freshly shorn Samson he was easily captured, imprisoned, enslaved and blinded (Judges 16:21)

Neither of our two modern day Samsons thought they would ever get caught. Weiner is alleged to have coached one of the women to lie even as the story was rapidly unfolding. Nodine continues to deny he killed his mistress. But neither man ever thought they would get caught let alone suffer the problems they now face.

Satan is never upfront with his targets. He is the father of lies (John 8:44). He coaxes us into sin step by step all the while promising happiness, joy, personal fulfillment and fun. The cost is never revealed until it is too late.

Arrogance lies at the heart of all sin. It is putting self before God and failing to give him glory (Matthew 6:33; Romans 1:18-23). When we choose to sin we choose something over God. When we sin we place our own desires above serving the Almighty.

Samson was arrogant. He refused his parents guidance early in life. When his parents try to prevent his marriage to a Philistine woman his response is, “Get her for me – for she pleases me well” (Judges 14:3). His great strength and all of the successes given him by God were not accepted humbly. Instead Samson was great, Samson was powerful. Samson could have anything he wanted. What Samson failed to understand was that all of his blessings were God given.

Anthony Weiner and Stephen Nodine were arrogant. They thought they were too powerful to be stopped. They were too smart. How the arrogant are made low!

The saga of these two men, once so promising, is yet to be finished. The closing lines are still being written. But we can still learn from them and be reminded of the horrors of sin.

1 comments On Anthony Weiner Proves Samson Is Alive and Well