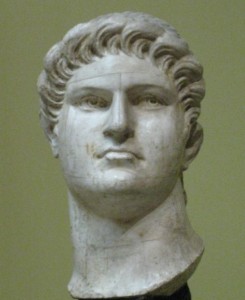 Romans is the most profound book in the Bible. Written by Paul it plumbs the depths of theology and offers  magnificent pearls for every reader. It is a book that raises praises to the Almighty God and centers the readers thoughts upon Jesus his inestimable Son.

Tragically, many errant doctrines are taught based upon misunderstandings of this grand volume. Although it is rich in doctrine it must not be set above other inspired writings.  In 1522 Martin Luther did exactly that. He declared the Gospel of John and Paul’s writings to be more important to the Christian. In comparison to Paul’s writings Luther said of the Book of James it “is an epistle full of straw, because it contains nothing evangelical.” He could not reconcile James and Paul and on one occasion said “ I almost feel like throwing Jimmy [James] into the stove, as the priest in Kalenberg did.” While Romans is great it must not be made superior to other inspired books. It can, should and must be understood as part of the greater whole.

Luther was not the only one to sense the greatness of Romans. The letter is placed first among all other letters and immediately follows Acts as the sixth book of Scripture. Dating can confidently be placed within a span from about 57AD – 64 AD. Nero was the Emperor and Paul was probably writing from Greece.

Paul was writing to Christians in Rome that he had not met. The Spirit had not yet allowed Paul to travel to the west although it’s clear Paul desired to make such a journey. He would make the journey later but would do so in bonds (Acts 27:1 ff). It is probable, but not an absolute certainty, that Paul died in Rome at the hands of an executioner.

What can we say of the purpose of Romans? Given the weighty topics, one might say that Paul’s purpose was doctrinal or even theological. But that creates another question: Why write such a deep letter to people he did not know (Romans 1:10)? You might expect such a letter to the Corinthians or the Philippians but why the Romans? We can only speculate. It is unlikely that Rome had ever been visited by an apostle. That being the case Rome may have lacked the depth of the revelation given through miraculous gifts of the spirit. Paul’s letter was to provide the knowledge they needed until such time as an apostle could visit and give the power of the Holy Spirit to some in that great city. Again, this is only speculation. Some who received such a gift could have traveled to Rome. Indeed many there were known by Paul. But it is not unreasonable to suggest that Paul’s meaty letter was to supply what was lacking in his readers.

Romans meets an important need today. In a time when God’s direct revelation has ceased, Romans provides a rich supply of teaching on redemption, salvation, grace, mercy and the relationship of works and law to the present day. Romans met a need in the first century and certainly meets a need today.

It is important to remember that Christianity first arose from within Judaism (Acts 2:41, 47). The Jewish economy and the entire Levitical Priesthood served as the backdrop of this new faith. Nevertheless there were great differences. So while it is necessary to understand Judaism we must also understand how faith in Jesus now completes Judaism and stands alone as the only path unto the Father (John 4:6). Paul shows those differences and brings to the table the grand conclusion that God’s chosen people, the Jews, must find their salvation in the one they despised: Jesus Christ.

Romans is a marvelous book which must be studied for a lifetime. Every return to the tome brings deeper understandings. It must also be studied together in context of the entire Bible. Romans will not contradict any other teaching of God’s word. When studied together with those other books, the reader will grow greatly in the knowledge of his Lord.