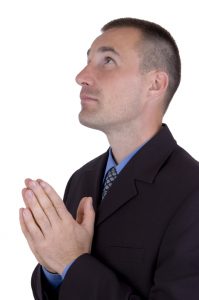 Prayer promises are big. They are so big that they may seem unbelievable. for example, Jesus said,”… if you have faith like a grain of mustard seed, you will say to this mountain, ‘Move from here to there,’ and it will move, and nothing will be impossible for you” (Matthew 17:20). A similar quote is found in Luke 17:6, “If you had faith like a grain of mustard seed, you could say to this mulberry tree, ‘Be uprooted and planted in the sea,’ and it would obey you.”

Elijah demonstrates the power of prayer. “…the prayer of a righteous person has great power as it is working.  Elijah was a man with a nature like ours, and he prayed fervently that it might not rain, and for three years and six months it did not rain on the earth. Then he prayed again, and heaven gave rain, and the earth bore its fruit” (James 16-18)

We read such magnificent proclamations and grow excited over the power of prayer. Yet we often do not see the results we would have expected. We then become depressed and struggle with a loss of faith because we didn’t get what we asked for.

A sad, but very true case illustrates the point. A homeless woman came into my office some years ago seeking help with food and housing. The particulars of her case are unimportant but she was struggle with more than physical problems. Her spirit was near broken. She said, “I have been praying for help but God hasn’t answered. Maybe I am wrong but I really thought that if I asked God for a million dollars he would give it to me.”

Her case may seem a little extreme but all of us have asked God for something and then walked away empty handed. Haven’t you? I know I have.

Let’s go back to Matthew and read the entire passage:

“Ask, and it will be given to you; seek, and you will find; knock, and it will be opened to you. For everyone who asks receives, and the one who seeks finds, and to the one who knocks it will be opened. Or which one of you, if his son asks him for bread, will give him a stone?  Or if he asks for a fish, will give him a serpent?  If you then, who are evil, know how to give good gifts to your children, how much more will your Father who is in heaven give good things to those who ask him!

But now, let’s go one step further. Does any father give his child anything and everything he wants when he wants it? Of course not. We do not give children things which are bad for them. For example, when my sons were very young they wanted pocket knives. They assured me they would be careful and only use them wisely. But I did not given them knives. At their age it would have been foolish.

Growing up I wanted a Corvette for my first car. My father sold new Chevrolets and probably could have helped me get one. He did not. When I asked him why he said succinctly: “Because you’d kill yourself.”

A father must carefully consider what he gives his child. God is no different. Sometimes the things we ask for are, frankly, too dangerous for us.

Too dangerous? What could be too dangerous about a new job or qualifying for a loan? Remember, God’s knowledge is complete and includes the spiritual. A new job might take you away from home and your family. That loan might prove to be too much to handle when unexpected bills come your way. God knows what is best. Sometimes, like a child, what we think is good may not be.

The missing element is the complete knowledge of God which gives us what is best while withholding that which is dangerous. God is so good.

Here’s a test for your life. Go back at least 10 years and write down the prayers that were not answered they way you wanted. Look carefully at every one of those prayers. What would have happened if the prayer was answered your way? What happened instead? I can only speak for me but in every case my answer turned out to be the wrong answer. I’m glad God said “no.”

Our wisdom doesn’t compare to God’s. Many have learned that faith calls us to accept God’s way even when we don’t understand.

Temper your prayers by understanding that God’s will is always best. When God says “no” we ought be happy because it means he cares and wants something better for us.