Alcohol: Worth the Trouble? 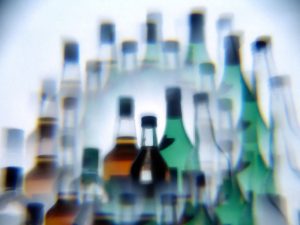 Alcohol saturates our culture. Almost every restaurant sells alcoholic beverages. Grocery stores stock aisles full of wine while convenience stores sell as much beer as gasoline. Every holiday includes alcohol. Even some so-called churches are using beer to drive attendance numbers up. Alcoholic beverages are ubiquitous.

Yet some of us choose not to drink. We enjoy dining out as much as anyone and we have as much fun at a football game as our drinking neighbors. But we do not imbibe. Why? Here are three reasons why everyone should avoid alcohol.

About 18 million people are classified as alcoholics. Millions more are considered abusers of alcohol. According to the Centers for Disease Control and Prevention, over 25, 000 died directly from alcohol in 2010. That number does not include accidents, motor-vehicle accidents and homicides in which alcohol played a role. (1)Statistics are for the most recently available time period as of this writing in November, 2013.

Many are injured by alcohol. The National Highway Traffic Safety Administration reports that almost 17,000 died in alcohol related accidents in 2005 and over a half million were injured. Society coughed up about $51,000,000,000 (billion) because of drunken drivers in 2005. (2)Alcohol and Traffic Safety 2006: A Review of the State of Knowledge, www.nhtsa.gov, accessed November 12, 2013.

Certainly the more a person is intoxicated the more likely they are to be involved in such an accident. But even people less intoxicated have impaired reaction times and are still occasionally the cause of, or a contributing factor to, alcohol related accidents.

There is no question that alcoholic beverages are a dangerous drug. 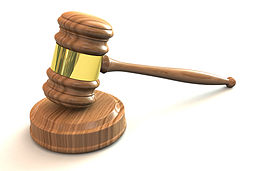 Next, consider the pain and heartbreak that comes when three-quarters of a million people die or are injured through the use of alcohol. How many children loose a parent? How many spouses must carry on alone? Except for alcohol, these broken people would still be whole.

But beyond the damage to bones and blood is the damage to the human spirit. Alcohol is a dominant factor in crime. In 1998 over one-third of convicted criminals had been drinking when they committed their crime.

Drinking alcohol can be especially damaging to marriages. Repeated studies have shown that heavy drinking is often a factor in divorce. In one study of almost 20,000 couples over a 15 year span showed that a wife who drinks heavily with a light drinking husband faces a 300% increase in the chance of marital failure. You have seen the effect of divorce on children as they shuttle between parents. Again, the studies reference heavy drinking but our point is that any drinking can lead to heavy drinking and only a single instance of too much booze at an office party can destroy a marriage.

Alcohol, even in small amounts, can stifle our normal inhibitions and set the stage for catastrophic actions which lead to trouble in the home. Is an occasional glass of wine worth it?

Anyone with even a slight association with Scripture knows that the Bible often warns of the danger of drinking. While it is true that wine was consumed in Bible days it is also true that Scripture consistently warns of the danger of consumption. It is clear that wine is dangerous. The very first mention of wine is found in Genesis 9:21 when we discover the drunk and naked Noah. What is so surprising is that this is Noah, a preacher of righteousness who built the ark. This is the man who found favor in God’s eyes. This was the head of the only family that survived the flood. The power of wine is to cause people to do that which that would not otherwise have done.

The first occasion of incest in the Bible is related to wine. Lot’s daughters schemed to intoxicate their father and then to engage in intercourse with him (Genesis 19:32-35). The surprise here is that Lot was previously rescued from destruction by the hand of God. Yet, under the influence of wine, he entered an incestuous relationship with his daughters.

Alcohol is so dangerous that God prohibited the priests from drinking either wine or strong drink before entering the Tabernacle (Leviticus 10:9).

The inspired wisdom from Solomon says:

“Wine is a mocker, strong drink a brawler, and whoever is led astray by it is not wise.” (Proverbs 20:1)

Consider the ancient description of an alcoholic as found in Proverbs 23:29-35:

Who has woe? Who has sorrow?

Who has strife? Who has complaining?

Who has wounds without cause?

Who has redness of eyes?

Those who tarry long over wine;

those who go to try mixed wine.

Do not look at wine when it is red,

when it sparkles in the cup

and goes down smoothly.

Your eyes will see strange things,

and your heart utter perverse things.

You will be like one who lies down in the midst of the sea,

like one who lies on the top of a mast.

they beat me, but I did not feel it.

When shall I awake?

I must have another drink.”

New Testament warnings are also present. Paul warns against drinking alcohol as it may cause a brother to stumble (Romans 14:2). He warns against wine induced drunkenness in Ephesians 5:19. In Galatians 5:21 he lists drunkenness as a sin, or a work of the flesh.

Only someone unwilling to see can miss the clear warnings of the danger of alcoholic beverages.

We have been warned and we are responsible. Any outcome of drinking that harms or causes sin is fully our own. We will be held accountable. Is it that important?

I realize new Christians may struggle with abstaining from alcohol. But as one matures in their walk with Jesus I hope and believe that you will be willing to end any association with alcoholic drinks.