Is Suicide A Sin? 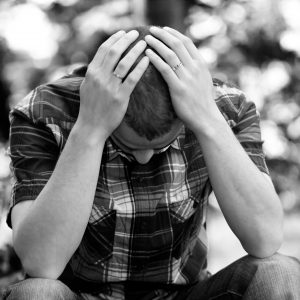 If you know me, you know I do not judge the eternal destiny of individuals. That is God’s job and I am happy to leave it to him. My knowledge is never complete so I observe and warn but do not presume to judge.

There are some who teach that suicide is always a sin and that since those who commit that sin cannot repent and seek forgiveness they must be lost eternally. I’m not so sure. In my thinking, death by suicide may be no more condemning than death by heart attack or stroke.

We know that suicide is an occasional outcome of severe clinically diagnosed depression. Such depression is a medical condition much like heart disease, cancer, stroke, etc. When someone dies because of cancer, we grieve over their loss and we never suggest their death was their own fault or their own weakness. May I suggest we view mental health issues in the same way.

I have lost at least two people I cared for to suicide. They were clinically depressed yet hid that depression beneath a veneer of calm and caring. They loved people and seemed to be fine. They did not want to be pitied. When word came that they had taken their own life it shocked those of us who knew them. We never saw it coming.

Perhaps the death of Robin Williams will ignite a conversation about the realities of depression.

Now before some self-righteous know-it-all wants to pounce on me for these thoughts stop and think. Choose your words carefully. Not all suicide is the result of clinical depression. But if the will to survive is the strongest innate mechanism in the human psyche, what does it mean when it breaks? What does it say about a person’s ability to choose and be responsible when the very foundation of their emotions are shattered? Have the answers before you rebuke me.

As for me, I will leave the judgement to our God.

1 comments On Is Suicide A Sin?