Politics, Preachers and the Pulpit 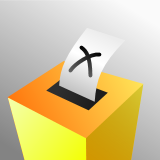 Once again some preachers are knowingly and openly breaking IRS regulations by endorsing specific candidates for political office. These preachers are wrong and should be removed from their pulpits and subjected to the appropriate penalties.

Religious bodies may choose to accept IRS rules and thus avoid paying taxes on  their contributions. They could choose to decline the tax exempt provisions and preach anything they want but instead these people are trying to have their cake and eat it too.

By law, a preacher may preach on any topic he so chooses. He can preach against abortion, against gambling, against various social issues and even against unbiblical  topics like the flat tax, fair tax or any number of arcane points of law. What the tax exempt provisions prohibit is campaigning for or against a specific candidate. The preachers and their churches agreed to the provisions they now seek to violate.

It is also the case that a preacher can personally campaign for anyone he chooses as long as he is not speaking for the church or using his position with the church to promote the candidate. There simply are no substantive restrictions on preachers. It is a contrived issue by some who may be more interested in politics than in proclaiming the gospel of Jesus Christ. The upshot is that these rogue preachers are bringing the rest of us into unneeded criticisms.

Here’s a thought: Should we spend precious pulpit time talking about a man other than Jesus? I didn’t think so. Preach the word!

Women Turned Away from Church Because of Immodest Dress