Having previously examined the reality of truth and the ability of humanity to know truth, we turn to the implications that the knowledge of truth brings. We confine ourselves to spiritual truths and leave the discussion of earthly truths (mathematical, scientific, logical, et cetera) to others.

Spiritual, or we might say, Biblical, truths are especially important for they reach into eternity. At the very worst, a failure of truth in science might cause death. Yet, a similar error in spiritual matters could cost one his eternal soul. Therefore, we commend this brief article for consideration and analysis as a critical piece of the foundation of a mature Christian life.

Jesus said “you will know the truth, and the truth will set you free” (John 8:32). He declared that his apostles “knew” that he was from God and were blessed in that knowledge (John 17:8). Later, the apostle of love would write that one may know he is of the truth through the love that he shows for others. That knowledge, John writes, will “reassure our hearts before him” (1 John 3:19). Most comforting of all is John’s assertion in 1 John 5:13: “I write these things to you who believe in the name of the Son of God that you may know that you have eternal life” (emphasis mine, jbe). Paul speaks of his confidence anchored in the sufficiency of all things are given by God (2 Corinthians 3:1-6). Because truth exists and can be known, we are confident in our eternal future. Jesus came to give us abundant life (John 10:10), how can his people live in doubt and fear?

Yet, the knowledge of truth must never produce arrogance or a haughty attitude. In 1 Corinthians 8, Paul addresses this very issue. Some in Corinth were eating food that had been used in idol worship. They thought nothing of it since they knew that idols were not real. Their confidence, while based in fact, was hurting less knowledgeable Christians who thought eating food offered to idols acknowledged their reality and the authority of that idol. “…all of us possess knowledge.” This “knowledge” puffs up, but love builds up” (1 Corinthians 8:1). Paul’s conclusion was while it was true that idols were not real gods, mature believers were hurting the less mature through their knowledge and attitude. He writes, “if food makes my brother stumble, I will never eat meat…” (1 Corinthians 8:13).

What would be thought of a person who knew the cure to cancer but kept it to himself? Or what of a man who knew of some impending disaster but kept it a secret? Surely the believer must share his knowledge with the lost. While truth is without arrogance, it must also be shared. Love demands that we do all that is possible to protect our family and neighbors from the coming wrath. The idea is embodied in Peter and John’s statement to the Sanhedrin in Acts 4:13:

“Whether it is right in the sight of God to listen to you rather than to God, you must judge, for we cannot but speak of what we have seen and heard.”

The truth is a measuring rod. It is the yardstick against which every thought and action are measured. It is not only a standard; it is the standard. Nothing else compares. Every time we approach truth, it measures us. So, we choose to conform to the truth or to resist it and ignore it. James argues that a man deceives himself when he looks at truth, finds shortcomings, and does nothing to correct the deficiency (James 1:22-25). Truth is demanding. Truth requires self-assessment. One cannot escape truth without response.

Young preachers are disappointed when there is no public response to a sermon. They reason that there was some weakness in their preparation or delivery. However, if the sermon is true to the word of God, there is always a response. As the final notes of the invitation song fade, every person has responded. Some will change their lives in a private way. Others respond publically. Still others will say “no” to the needed change. Nevertheless, in every case, people respond.

Every man is compelled to respond. He must respond appropriately. Since truth does not change, men must change to conform to its demands. A hearer must allow himself to be crafted into the person God desires. To resist the truth is to resist God. Jewish leaders were rebuked by Peter because they had resisted the Holy Spirit (Acts 7:51). Paul warns that they who resist God will incur judgement (Romans 13:2).

Before closing, let us note that ignorance of truth is no excuse. Speaking in Athens, Paul said; “the times of ignorance God overlooked, but now he commands all people everywhere to repent” (Acts 17:30). Truth is known and must be obeyed (Romans 2:8; Galatians 5:7). 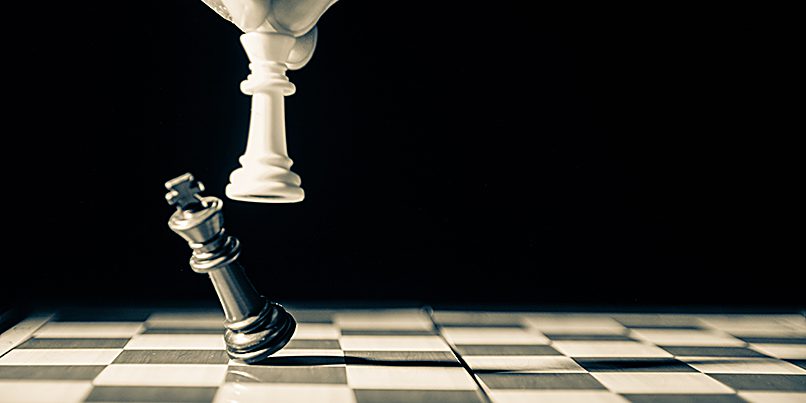