Why Should I Pray For America? 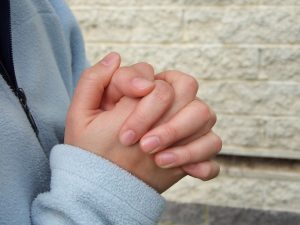 Many people are telling us to pray for the nation. For what should we pray? Why do we even pray for the nation as a whole? Most agree that we are approaching a critical moment in the history of the country. The National election is approaching which seems to have very serious and long-term consequences for the future of our country. Certainly, we should pray for our nation. Let’s consider some specific petitions that we should offer to God in our prayers for America.

Pray for America Because It Is Our Duty

The principle of praying for those in authority is laid down by the apostle Paul in 1 Timothy 2:2-4:

First of all, then, I urge that supplications, prayers, intercessions, and thanksgivings be made for all people, for kings and all who are in high positions, that we may lead a peaceful and quiet life, godly and dignified in every way.  This is good, and it is pleasing in the sight of God our Savior, who desires all people to be saved and to come to the knowledge of the truth.

We should observe; Paul, Timothy, and the Christians to whom he ministered, all lived and served under the power of the Roman Empire. At its very best, Rome was benignly neglectful of Christians. At worst, they persecuted and tortured believers in Jesus Christ. Christians enjoyed no protection from the authority of the Roman government. There was no right to free speech, no right to assembly, and no right to practice their faith. Nevertheless, Christians were commanded to pray for those who were in authority over them. This teaching parallels Paul’s command that every person should “be subject to the governing authorities” (Romans 13:1). So, in spite of the horrible conditions in which the Christians live, they were still to pray and honor the Roman Emperor. Today, devout Christians often bristle at the activities of our national government. Remember, our circumstances are far better than anything the original Christians had to face. If they were to pray for the pagan authorities who ruled over them, we should certainly pray for those who rule over us today.

Pray for America So That the Gospel May Spread

Historians often speak of something called the Pax Romana. This is a Latin phrase that simply speaks of the peace of Rome. Despite all of its pagan beliefs and practices, Rome generally ensured peace within its borders. Travel was far safer within the borders of Rome than without. This safety, and the improved infrastructure which made travel easier, aided the spread of the gospel message throughout the civilized world.

We should pray that our nation remains a safe place and a place subject strong law and order. Such security will make the spread of the gospel much easier. We should also pray that our government will continue to uphold the important principles of our Constitution, namely, freedom of speech, freedom of religion, and freedom of assembly. These three freedoms are embodied in the First Amendment to the United States Constitution. To date, the Lord’s church has been largely protected by the First Amendment. But there are ominous signs on the horizon. The concept of (hate speech) has been extended in some locations to include preaching against immorality. Some local governments have demanded that preachers submit some for approval. Fortunately, these attempts have been beaten back in the courts of our land. We should pray the body of Christ is protected from those who would silence the words of Scripture.

Pray for America That Prosperity May Continue

The United States of America is a wonderfully blessed and prosperous nation. Truly, there is no other nation like the United States. Our country is imperfect. But there is no place better to live that in this nation. Even the poor among us, are exceedingly wealthy compared to other people in the world. This prosperity is not accidental. It is a gift from God Almighty. Our founding fathers acknowledged the gift of prosperity that God gave to the people of this land.

“Whereas it is the duty of all nations to acknowledge the providence of Almighty God, to obey His will, to be grateful for His benefits, and humbly to implore His protection and favor;”

It has only been in recent history that our country has come to ignore the role of the Almighty in our blessed provisions. One can only speculate how long God will allow a nation of ungrateful people to continue to receive his immense blessings. Our nation generally, not just the government, has excluded God from our collective consciousness. Let us pray that we turn back to God as a people who are thankful.

Pray for America Because of Our Children

Change happens slowly. It may be that adults will never see the day when God withdraws his hand of blessing from America. But what of our children and grandchildren? What of our great-grandchildren and those who follow behind them? What kind of nation will they enjoy?

“Children are a heritage from the Lord” (Psalm 127:3). It is our responsibility to provide for their welfare both physical and spiritual (Deuteronomy 6:4-9). Let us pray that our children will be able to live in a land where the word of the Lord may have free course where they may enjoy the bountiful blessings of God that we have been given in our lifetimes.

Surely there are many more reasons to pray for America. But perhaps these will stimulate our thinking and help us to focus on the importance of our land and our blessings from God. Let us be a praying people, of people who never cease to pray (1 Thessalonians 5:17).