The Christian and the World 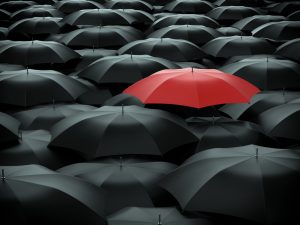 Christians use the term “World” differently than most people. For us, it depends on its context as to its precise meaning. We may speak of the entirety of Creation as crafted by God in Genesis. We may simply speak broadly of the world as the place where men and animals exist. But often our view of the world is much darker; it is a bad place in opposition to the Lord.

Paul has this latter meaning in mind when, in 2 Corinthians 6:17, he calls his readers to “go out from their midst” (ESV) or “come ye out from among them” (ASV, 1911). The people the Christians are to separate from are the world. Christians must live in and among evil people, that is, the world. The challenge is to remain unblemished by their wickedness.

The World is the Place of the Wicked

David declares,  “Arise, O LORD! Confront him, subdue him! Deliver my soul from the wicked by your sword, from men by your hand, O LORD, from men of the world whose portion is in this life” (Psalm 17:13, 14). The psalmist sought deliverance from worldly men. Jesus taught similarly in the parable of the dishonest manager in Luke 16:1-9. Here the cheating business manager is akin to the “sons of the world” and is contrasted against the “sons of light.”

The wicked surely love their kind while they hate the righteous. Jesus described these people as being “from below” while he is from above. Jesus said, “I am not of this world” (John 8:23). In fact, the world hates Jesus, and by extension, his disciples (John 15:18, 19).

The World is the Domain of Satan

Colossians says of Christians that we have been delivered “from the domain of darkness” (Colossians 1:13). The ruler of that domain is the devil. Before his crucifixion, Jesus said the ruler of the world was about to be destroyed (John 12:31). He said the “ruler of this world” was coming (John 14:30) and that divine judgment had come upon that ruler (John 16:11).

Satan had previously tempted Jesus by offering him all the kingdoms of the world (Matthew 4:8, 9). Since Jesus was divine and possessed perfect knowledge, it must have been possible for Satan to have delivered upon this temptation. Otherwise, there would be no temptation in the offer. This should demonstrate the extraordinary power Satan possessed in the pre-resurrection world.

Today, Satan is restricted. Still, his worldly disciples work to influence all that happens in our present world.

The World is the Last Place Christians Want to Be

The Christian faces a conundrum: We must live and work in the world, but we cannot belong to the world. The closer I walk to the world and its way of thinking, the farther I am from God. The Christian longs for the day when the world is behind him and eternity stretches before his tired eyes. Even the martyred saints long for the day when God’s justice breaks forth on the world (Revelation 6:10). They were told to wait a little longer. And so it is! We will remain in the world, but apart from it, until the times appointed by the Lord.

We will survive this sojourn only by giving careful attention to the Word of God, frequent prayers and with extraworldly fellowship with our brethren. God promises deliverance for his people.