The Paucity of Belief 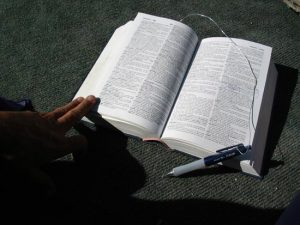 There is very little real belief left in Christendom and what little there is seems to be decreasing. That is a weighty charge given that much of Christianity teaches that only belief, that is, a mental agreement in some fact, is all that is necessary for salvation. Certainly, the Bible teaches that we must believe to be saved (Mark 16:16; Luke 8:12; Acts 16:31; Romans 10:9; 1 Corinthians 1:21). However, the common view of “believe” bears little or no resemblance to what the Bible teaches. Biblical belief is replaced by a comfortable, convenient, “agreement” that Jesus is the Son of God. While such an agreement is essential, the one who denies it is antichrist (2 John 7), Biblical belief compels action beyond mental assent.

True belief requires action. If you believe that your child suffers from a debilitating disease, you will do all possible to get them the care and treatment required. Your belief in the diagnosis compels or drives you to action. Your neighbor bangs on your door at 3 AM and tells you that your house is on fire; you smell smoke and see flames. Will you thank him and assure him you believe that your house is ablaze and then return to your bed to complete your slumbers? Of course not. You roust your children and spouse and flee the burning building. Your belief that the house is on fire has driven you to action.

Believers are told to do certain things. For example, believers in Acts 2:38 were told to “repent and be baptized.” Noted preacher Frank Chesser recently observed that it would have been foolish to tell the people on Pentecost that all they needed to do was believe. They already believed! They heard Peter preach, perhaps out of curiosity, and realized they had the blood of Jesus on their hands. Now they believed that the one of whom they demanded death was the Son of God. To tell them to simply believe was redundant. There was more to be done.

In Acts 8, the Ethiopian was already a believer when he commanded his chariot to stop so that he might be baptized. Why the hurry? Why the rush? Were there not better waters in the Ethiopian palace? Would he not desire his family and friends to attend the joyous event? No, he stopped because his belief in all that Phillip taught drove him to the water.

Belief comes first, but it must lead a man to obey all that Jesus has said. “He who believes and is baptized will be saved; but he who does not believe will be condemned” (Mark 16:16). It is unnecessary to say that “he who does not believe and is not baptized will be condemned,” for it should be obvious that a man who does not believe will not be baptized. Once we truly believe in Jesus, we will become obedient followers of all that he teaches. Surely that belief extends far beyond baptism. The true believer is a baptized believer who spends his life for the Lord. We must strongly reject the incomplete notion that a Christian is one who only believes. He believes, obeys and serves!

When God is Silent