Government Is Not What It Is Supposed to Be 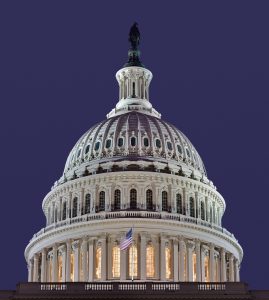 Government is not what it is supposed to be.

You are probably not shocked by that statement. Corruption, self-serving agendas, and widespread narcissism are so common that we barely notice when they arise. In Alabama, we are finding that some Sheriffs are pocketing money supposedly given them to feed inmates in the local lockup. At the state level, we’ve seen corruption scandals affecting our state representatives and senators. Nationally…we’ll not even go there.

Government is not what it is supposed to be.

Government is not what God wants it to be either.

It is not that laws, rules, or regulations are bad. They are needed. The Law of Moses provided both civic and spiritual laws so that the new nation, Israel, could survive, function and thrive. The problem comes from the people who make and enforce the laws.

The original plan – God’s plan – was simple. He, alone, would be their King. They would live in harmony with each other and would turn to faithful Judges to resolve disputes. One of those Judges was Deborah. She held court under a palm tree in central Israel (Judges 4:5).

This system probably had its origins in the days of Moses when, at the advice of his father-in-law, he appointed respected men from among the community to adjudicated cases brought by the people. A system of appeals was created with Moses at the top to hear only the most complicated cases (Exodus 18:17-27).

Things worked well for a long time. But then something changed.

The people decided that God’s plan was not right for them. They wanted a King to lead them. Samuel tells the sad story in 1 Samuel 8. Part of the problem was that Eli’s sons and now Samuel son’s were not faithful to God.

When Samuel laid the people’s request before God he received an unexpected reply:

“Obey the voice of the people in all that they say to you, for they have not rejected you, but they have rejected me from being king over them”

Wow! Their rejection of God’s plan of governance was a rejection of God himself! The Lord continues to charge them with forsaking him and serving idols.  He warns them of what will happen:

Nevertheless, despite the warnings, the people wanted a king. Guess what? Every one of the warnings came true.

When God is no longer the king, trouble comes.

Today, God is no longer king. Today, God is even being pushed out of the public square. The result is corruption and evil at every turn.

So, what is a faithful Christian to do? Paul was clear:

“Let every person be subject to the governing authorities. For there is no authority except from God, and those that exist have been instituted by God.” (Romans 13:1)

I will be the first to say that I do not always like the laws and rules we live under. But, as a Christian, I am bound to follow those laws so long as they do not interfere with my faith. It gets a little sticky here because so many of things big government does are anathema to me. I look to the example of the original Christians who lived, worked, worshiped, and evangelized under the heavy hand of Rome.

If the church could grow and prosper under rampant persecution from a pagan government, we can grow today too.

Government is not what it is supposed to be. Pray the church will be.

Time for a Reboot: 5 Reboot Tips