Wisdom from the World is Good – Sometimes 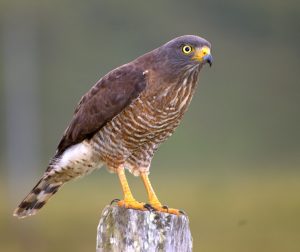 I’ve been teaching a lot lately on wisdom. Actually, the difference between Godly wisdom and worldly wisdom. 1 Corinthians 2:5 is probably the anchor of his entire wisdom discussion that begins back in chapter 1. There is a profound difference between wisdom that comes from God and what passes for wisdom in our world.

Recently, John Piper, a denominational preacher of note, released an excellent video on wisdom from the world but not of the world. His thoughts were enlightening, and I thought I would expand them into a post.

Wisdom is found in God’s word. His word is truth (2 Samuel 7:28; Psalm 119:160; Proverbs 30:5, John 17:17). The so-called wisdom literature of the Old Testament, Psalms, Proverbs, and Ecclesiastes, along with James in the New Testament, offer great insight into everyday problems and challenges.

It is consistent with our belief in the omniscient (all-knowing) God . If God knows everything, and he does, he will always know the right path (Psalm 119:105). It is also true that God has chosen to communicate with us and has shared that wisdom with us. His word is, therefore, profitable for our lives (2 Timothy 3:16).

But God also teaches through his creation. Like you, I enjoy reading. The late Winford Claiborne was a professor of mine in undergrad and a dear friend. He performed our wedding 30 years ago. Claiborne was a voracious reader. At any one time, he was devouring two or three books. In his later years, he and his beloved wife added a library to their home. His advised reading the Scriptures first, religious or morality books second and secular or even fiction books third. He thought this last group would help the preacher remain in touch with the world and stretch his mind for greater thinking.

Wisdom Learned from the Cosmos

The heavens declare the glory of God,

and the sky above proclaims his handiwork.  (Psalm 19:1)

Have you noticed the extraordinary organization and precision of the heavens? Have you seen the uncommon design of every item in our Universe? We can observe the handiwork of God across the heavens. What does the unfathomable size of a galaxy say about the power of God? What does the precise orbit of our entire solar system around the Milky Way say about His attention to detail?

God reveals wisdom in the Bible and in creation.

Go to the ant, O sluggard;

Look at the birds of the air: they neither sow nor reap nor gather into barns, and yet your heavenly Father feeds them. Are you not of more value than they? (Matthew 6:26)

Consider the lilies, how they grow: they neither toil nor spin, yet I tell you, even Solomon in all his glory was not arrayed like one of these.  But if God so clothes the grass, which is alive in the field today, and tomorrow is thrown into the oven, how much more will he clothe you, O you of little faith! (Luke 12:27, 28).

See that in the Proverbs passage and the two from the Gospels, readers are divinely directed to examine these earthly creatures and to learn.

The slothful, lazy man is told to study the industrious ant. The anxious person is to observe the well cared for birds, and the nervous is told to watch the flowers for evidence of God’s care. Herein is wisdom! Work like an ant. Trust like birds and flowers. Sure peace will come.

God reveals wisdom in the Bible and in nature.

While the words were still in the king’s mouth, there fell a voice from heaven, “O King Nebuchadnezzar, to you it is spoken: The kingdom has departed from you,  and you shall be driven from among men, and your dwelling shall be with the beasts of the field. And you shall be made to eat grass like an ox, and seven periods of time shall pass over you, until you know that the Most High rules the kingdom of men and gives it to whom he will.”  Immediately the word was fulfilled against Nebuchadnezzar. (Daniel 4:31-33)

But God said unto him, Thou fool, this night thy soul shall be required of thee: then whose shall those things be, which thou hast provided?  So is he that layeth up treasure for himself, and is not rich toward God. (Luke 12:20, 21)

Hear what the unjust judge saith.  And shall not God avenge his own elect, which cry day and night unto him, though he bear long with them? (Luke 18:6)

Even though the wisdom that comes from men is empty, shallow and unproductive, we can still gain wisdom by observing our fellow humans. Above are three examples of many which should cause the growth of Godly wisdom in the heart of the observer.

The first warns against arrogance and pomposity. Nebuchadnezzar was a mighty king who thought too much of himself. The second warns against greed. Note that this farmer was not the reason for success. The text says “the land brought forth bountifully,” not the man. The Third teaches us the necessity of persistence in our prayers before God. All three were wicked but they teach the righteous important lessons of life.

God reveals wisdom in the Bible and in mankind.

My point should be clear. See God’s teaching in every moment of life. Look for him. See him everywhere and hear his wise voice. God teaches us in many ways and all are harmonious with each other.

Where do you learn from God? Drop us a comment below.

What Happened to Your Anchor