One Way – Only One Way to God 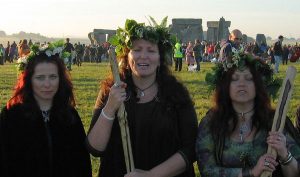 Sometimes people say, “There are many paths to God.” Sometimes people worship without regard to Jesus the Son of God. Jews honor Jehovah God and Muslims honor Allah through the teachings of Mohammad. Some pay homage to Buddha, some practice Hindu while others look to Shinto for their faith. Still more practice a form of witchcraft called Wicca. The common thread among all of these faiths, and more, is the rejection of the divinity of Jesus of Nazareth.

While some like Judaism and even Islam give a nod to Jesus as a teacher or rabbi, they do not acknowledge him as the Messiah.

Let me be very clear: There is no path to God and no hope of salvation to those who reject Jesus Christ.

The Claim of Jesus

“I am the way, and the truth, and the life. No one comesto the Father except through me” (John 14:6)

This is not the only claim of Jesus. In John 4 Jesus confirmed to a Samaritan woman that he was the hope of Israel, the Redeemer promised as the Messiah (John 4:25-26). As Jesus was moments from his crucifixion Pilate questioned him about his status as King of the Jews. Jesus confirmed that indeed he was (Luke 23:3). John records with clarity that Jesus’ kingdom was not worldly. It was not a mortal kingdom (John 18:33-38).

At his ascension Jesus made another bold claim. He said, “All authority in Heaven and on Earth has been given to me” (Matthew 28:18).

There can be no doubt that Jesus claimed to be the Son of God.

The Claim of God

Jehovah God promised a redeemer. The first promise is found in Genesis 3:15 when God said that one would come from woman who would destroy Satan. He promised Abraham that a blessing for the whole world would come from his family (Genesis 12:3).

If we are seeking God shouldn’t we listen to his guidance?

The Claim of the Apostles

Those who knew Jesus best, the apostles, believed that Jesus was the Son of God. Remember, they remained committed to Jesus even after his death. Why? Because they were witnesses to the resurrection and knew that Jesus was the Son of God. Days after Jesus ascended into heaven before their eyes the apostles gathered in Jerusalem. As the Holy Spirit poured out upon teh 12 Peter began to preach. His conclusion is found in Acts 2:36.

“Let all the house of Israel therefore know for certain that God has made both Lord and Christ this Jesus whom you crucified.”

Peter applies the titles “Lord and Christ” to Jesus. He is not only the man Jesus, but he is also Lord and Christ. This message caused 3,000 people to come to Christ.

Paul would write of the resurrection of Jesus which proved his divinity. He would challenge skeptics to seek out and question hundreds of people who saw Jesus alive after his resurrection (1 Corinthians 15:1-11). Paul knew Jesus was the Son of God.

The claim of the apostles is especially important because these all underwent horrible treatment and most often died for the gospel. Why would anyone die for a lie? Their example is convincing.

Implications of Jesus Only

This contention that there is only one way to God and that is through Jesus comes with very heavy implications. The biggest implication is that those who do not come to Jesus will be lost. Seeking salvation through other paths is deadly. It is profoundly erroneous to think that any can come to God through any path other than Jesus.

Jews, Muslims, Pagans, Wiccans and others are lost without Jesus.

It is deeply troubling to hear Christians waver on this issue. Our Lord claimed to be the only way to God. We should echo our Lord. Paul said,“I am not ashamed of the gospel of Christ for it is the power of God for salvation…” (Romans 1:16).

I am not, and will not be ashamed. You?