Hawking Misses the Point About Science and God 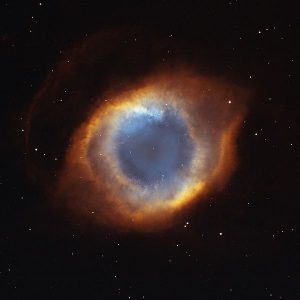 Acclaimed physicist Stephen Hawking says God is not necessary. In a new book Hawking declares that a superior, divine being is not needed to explain the existence of the Universe. In the book he argues that creation can be explained by the presence of gravity. The story is at CNN.com:

“Hawking says in his book “The Grand Design” that, given the existence of gravity, “the universe can and will create itself from nothing,” according to an excerpt published Thursday in The Times of London.”

He continues by giving us a peak at what did actually cause the Creation:

“His answer is “M-theory,” which, he says, posits 11 space-time dimensions, “vibrating strings, … point particles, two-dimensional membranes, three-dimensional blobs and other objects that are more difficult to picture and occupy even more dimensions of space.” He doesn’t explain much of that in the excerpt, which is the introduction to the book.”

This is not a terribly surprising statement from a scientist given  the usual atheistic themes often promoted by some scientists. But it is notable because of the one who made the pronouncement. Hawking is not only an accomplished physicist respected among his peers but also a well known popular writer. Some will no doubt gain  comfort in their atheism from  his announcement.

Science and the Creation

But Hawking, like many scientists, misses the ultimate point. Hawking’s “vibrating strings, … point particles, two-dimensional membranes, three-dimensional blobs and other objects” had beginnings. They are not eternal. As science presses closer and closer to an understanding of our Universe they will face a challenge insurmountable to their efforts. Science will never be able to test or replicate the Creation. It is a unique event which can never be observed, tested or duplicated. This means the scientific method cannot examine Creation. If it cannot be observed, tested or duplicated it is not science but philosophy.

No new medication would ever be released to the public unless its effects were observed, tested and able to be duplicated. The scientific method is an essential part of research. Since creation cannot be so tested and examined science will never be able to offer a complete scientific answer to our origins.

Science and the Supernatural

Science has appropriately limited itself to the study and discovery of the natural world. The natural world is where we live and interact with one another and with…well, nature. Within the natural sphere science has shown grand abilities to reason and study. Discoveries through the ages have been nothing less than stunning. Because of their studies we enjoy a much higher standard of living and a superior quality of life.

One important characteristic of the natural world is uniformity. That is, everything, at the most basic level, remains the same. Uranium decays at the same rate today that it did 1,000 years ago. Water freezes at 32 degrees today and will do the same a million years from now. This uniformity allows science to discover why things work as they do and to predict with great certainty what will happen in the future. Without uniformity science cannot effective operate.

Where Science (and Hawking) Fails

How foolish it would be for a scientist who studies the human cardiovascular system to make broad proclamations on the topic of celestial mechanics. Likewise, you would never go to a geologist to treat a brain tumor. Science fails when it claims to know that there is no God and that there is  no supernatural realm.

If  the world continues I suspect science will eventually discover the mythical ‘theory of everything.” They will be able to explain relationships between gravity, magnetism and the various forces in the Universe. But unless they acknowledge the mere possibility of something beyond their understanding they will never reach the levels of knowledge and wisdom possible.

Hawking should acknowledge the limits of even his great knowledge. He may ponder the origins of the Universe and may continue to push back to a study of vibrating strings and M-theory but he will never find a true beginning if he limits himself to science and the natural world only.

The God of the Bible is the First Cause. He is the Prime Mover. To deny even the possibility of his existence is shallow foolishness of a grand order.

The Rejection of Jesus

2 comments On Hawking Misses the Point About Science and God