Teens are often criticized. Their lifestyle, way of thinking, priorities and such are often assailed. While their behavior may be different than an adult’s it is not necessarily wrong. Minority teens and teens from inner city neighborhoods are especially subject to criticism. But here’s a story about two teen girls from inner city Jersey City, New Jersey. Just west of Manhattan Jersey City is the second largest city in New Jersey and racially one of the most diverse cities in the world. Almost 20% of the residents live below the poverty line.

But two teenaged girls showed aggressive leadership and initiative Wednesday when they saw 6 small children running down the streets naked and unsupervised. The two girls rounded the children up and found a seventh child (age 2) left in the locked apartment. They bathed the children, fed them and called police.

Nilaja Wyatt and Aaliyah Glover are being hailed as heroes.

I’m proud of these two young ladies. They deserve our praise and full support for taking actions that many adults would not, and in this case, did not. But I suspect the girls parents should be praised as well for instilling an attitude of care and concern in their daughters. Great work! 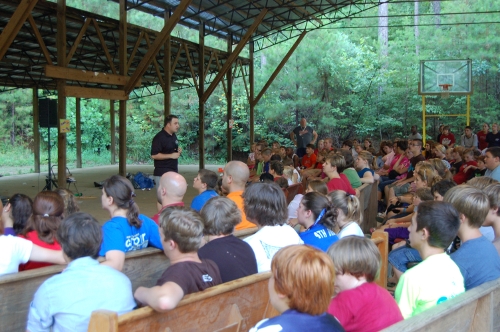 The Value of Christian Camping