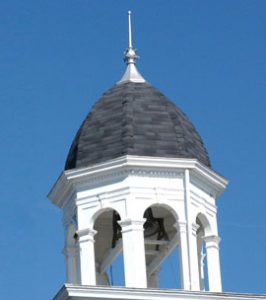 1 and 2 Thessalonians are the featured books being studied this week at Freed-Hardeman University during the annual Bible Lectureship. Some years ago the lectureship committee decided to work their way through the entire Bible, taking one or two books at a time, until the entire Bible had been systematically studied faces have come and gone from the committee but the goal continues. The theme this year is the “The Patience of Hope: First and Last Things in Thessalonians.”

First Thessalonians was one of the very first New Testament books written. Some think it may have been the first. It is a joyful book in many respects and begins with warm greetings and remembrances from Paul. The apostle preached the Gospel in Thessalonica during his second missionary journey.

Accompanied by Timothy, Silas and probably Luke, Paul preached over three Sabbath days reasoning that Jesus was the Christ (Acts 17:1-4). Opposition from some Jews caused a riot and the brethren in Thessalonica sent the team away (Acts 17:5-10). Paul came next to Berea where he found “more noble” Jews willing to hear and obey the truth of the Scriptures. It is a curiosity that there is no extant copy of any letter to the Bereans but two exist for the Thessalonians. Paul may have felt a greater need to encourage the brethren in Thessalonica because of the hostilities they were likely experiencing.

In any case, Paul begins by telling the brethren that he is “constantly” mentioning them in prayer. He remembers their “work of faith and labor of love and steadfastness of hope” and his thankful to God for their faithfulness. He tells them that their faithfulness is spoken of throughout the world. (1 Thessalonians 1:3-10).

As one might expect, Paul deeply desired to see the brethren again. Travel was difficult and the Holy Spirit had other plans for Paul. But the apostle was still able to send Timothy from Athens to check on the church. He was pleased with the report Timothy brought.

It is from this passage that we are given a wonderful encouragement used at so many funerals:

“But we do not want you to be uninformed, brothers, about those who are asleep, that you may not grieve as others do who have no hope. “

The idea of having hope where none exists for others is one of the grand attributes of walking in the light of God’s word.

Paul next affirms the truth concerning the actual coming of Jesus. False teaching had been planted and the apostle uses this opportunity to make plain what the Holy Spirit had revealed. Contrary to common end times teaching today, Paul asserts the sudden coming of Christ.  While Christians would not know the precise day or hour of the Lord’s return (c.f. Matthew 24:36), they could live expectantly and prepared. Such is the same for brethren today who ought to look forward to the Lord’s return and their glorification with him.

Paul concludes his letter with a series of brief encouragements to peace and righteousness. His love and confidence in these brethren is well founded and he looks forward to hearing more about their labors.

I wonder what would be the nature of a letter sent by an inspired apostle, to your congregation. Let us strive to be more Thessalonian in our lives!

The Holy Spirit and Inspiration

The Thessalonian Way of Faith

2 comments On 1 Thessalonians at FHU