4 Thoughts on the Protests 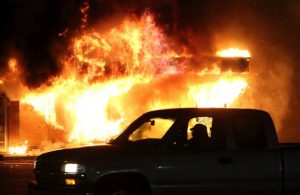 Some events just bring out the worst in people. Such has been the recent events surrounding two deaths involving police officers. In both cases, officers were cleared of any criminal action but protesters were unhappy and took to the streets to protest their concerns. There is nothing wrong with protesting. It is an established and protected action in our nation. But not all the protesters displayed honorable conduct. Some were lawless. But in the process some revealed an ugly side to their character. Some showed themselves unashamed racists – on both sides – and brought ill repute to their communities. We should be reminded that race-based behaviors are sinful.

It is ironic that Peter is an example of racial misconduct. Peter was chosen by God to shatter the Israelite monopoly on favor with God and take the gospel message out of Judaism to the ill thought of Gentiles. In urging Peter’s compliance God warned him not to call anything common or unclean (Acts 10:15). But afterwards, Peter separates himself from some Gentiles with whom he is sharing a meal, because some Jewish brethren arrived from Jerusalem. Paul sternly rebuked him (Galatians 2:11-14). Regardless of the irony, the event teaches that it is wrong to base our relationships upon race.

It would be nice to believe that the years of racism are behind us. They are not. Organizations like the Ku Klux Klan and the Black Panthers remind us of racial hatred. But there is also a level of racism that lurks just beneath the surface of polite society. This came screaming to the surface last week. Persons in both black and white communities surrendered to racial name calling and stereotyping. It’s wrong and it proves my point: racism is real.

Not Every Conflict is Racial

We should also remember that not every conflict between people of differing races is rooted in angry racism. Sometimes, trouble comes without any regard to the racial characteristics of those involved. We should remember that there are certain people who depend on conflict to earn their living. For them, it is important to foment discord in order to gain followers. Other respond, in opposition, by employing the same rhetoric redirected at their opponents. The cycle doesn’t stop.

The Christian must be a stereotype-breaking person. By refusing to be drawn into discussions which even remotely suggest racism the Christian can surprise bystanders. Some black leaders rebuked the rioting and looting in Ferguson while some white leaders rebuked the Grand Jury decision in New York. These surprising voices shatter stereotypes and actually draw people closer to one another. In both Ferguson and New York there were critical issues requiring address. By moving beyond the racial concepts we might begin to correct the trouble.

Jesus taught that we should love one another like ourselves (Matthew 5:43, 44; Matthew 19:19; Matthew 22:39). He taught the good news to all (John 4:4 ff; Matthew 28:18, 19). His apostle, Paul, taught us to view men as brethren (Philemon 16). Would Jesus have viewed the streets of Ferguson in anger and looted stores and called for chaos? Would he have watched the violence and concluded that is “just the way those people are?” Of course not.

As his disciples, let us be like him and resist the temptation to fall into racial attitudes, comments and conduct. Let us do better. Let us shatter stereotypes and show the world what it really means to love.