The Basis of Morality 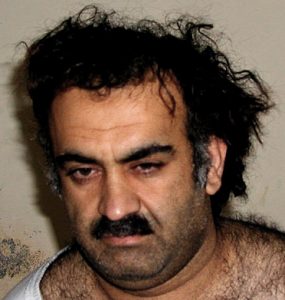 Terrible. Awful. Horrible. Confusing. Evil. Five words heard all week describing the events in France. It is hard to find words that adequately describe the carnage and brutality produced by Islamic terrorists. In my circle of associates, I know no one who would support these murderous activities.

Elsewhere in the news we hear of other barbaric events. A 10 year old girl was strapped with explosives and sent into a crowded market. The bomb was detonated killing her and at least 20 others.  In my area a man was sentenced to death this week for murdering his 3 and 4 year old children by choking them to death. His wife goes on trial next.

There is plenty of death and destruction to talk about.

But consider that every description declares or implies these events to be bad or evil. They are correct. They are evil. But what is the basis for that declaration? How can I say anything is morally repugnant or wrong? Is it simply a matter of law?

No. By declaring a thing to be wrong, we necessarily imply the existence of a lawgiver that is beyond our world. We cannot declare a thing to be absolutely wrong without God.

Indeed, morality without God is only an opinion.

Morality has only two possible sources apart from God.

We quickly see the emptiness of equating law with morality. Our national history is speckled with clearly immoral laws. Slavery was legal in this country until the mid-19th century. While some states did not allow slavery within their borders, the federal government did permit and condone its practice. I know of no one who would argue that slavery is moral.

Many of the actions of 1930’s and 1940’s Germany were legal within that country. Yet, when the war was over, Germans were adjudicated guilty. They were judged against the lofty standards of the victors yet we must agree that their evil conduct was legal within their country.

Oddly enough, El Salvador is being targeted by one human rights organization because abortion is banned in that country. It is illegal. Regardless of how you feel about abortion, note that law is not an acceptable substitute or foundation for morality. Even pro-abortion voices, who believe the pro-abortion stance is moral, will conclude the same.

An advertising executive once said, “Truth is what the people believe.” I don’t agree and you probably do not either. We like to think of truth as being objective. Like 2 + 2 = 4. It doesn’t change. Truth and morality are inextricably linked. If truth remains firm and unchanging so does the behavior it reflects.

But if morality and truth are subject to societal shifts, we are again left with little more than an opinion. Until the 1970’s, homosexuality was considered wrong, even sinful. But today, society has largely changed its mind. Even some religious denominations now openly accept the practice of homosexuality. So what changed? Did morality change that quickly? If society and culture determine morality we must ask where we will be in another 50 years. Will society soften its view of pedophilia? In Utah the age of consent is 18 but a 23 year old may engage in sex with a 16 year old. In Mexico, the age of consent is 12 although there are some constraints until the child is older. Already, some communities view sex with children as acceptable in some circumstances. In this country, a small subset of the population argues for legalization of pedophilia.

What society once viewed as immoral is fast gaining acceptance. Ideas and opinions are changing.

Our point is simply this: God, that is, a lawgiver apart from our own existence, is the only reasonable foundation for any moral proclamation. Otherwise, what is evil today is heroic tomorrow.

The Basis of Morality, Part 2

1 comments On The Basis of Morality