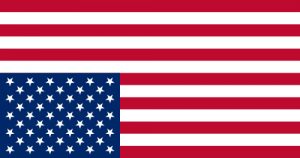 Government has taken a hit lately. Our national leaders have and are failing to govern by God’s precepts. Abortion is approved. Homosexual marriage is accepted. Government policies empower the wealthy often at the expense of the impoverished. Candidates for national office behave like third graders. In Alabama, our Governor is embroiled in a sex scandal which has cost him his marriage, his reputation and may cost him his office. When compared to what God says, government is not doing very well. Some Christians are ready to throw their hands up in disgust and give up participation in the business of government. There are ample problems with government. But don’t give up.

Government is established by God. “Let every person be subject to the governing authorities. For there is no authority except from God, and those that exist have been instituted by God” (Romans 13:2). Jesus said to Pilate, “You would have no authority over me at all unless it had been given you from above” (John 19:11). Any ruler holds office within a framework established by God. Rulers are often wicked as was Jeroboam I, the son of Nebat. 18 times the Scriptures say that he “made Israel to sin” (1 Kings 14:16, 1 Kings 15:26, et al).

Government must be respected. Since government arises from God and is established by him, Christians have an obligation to respect the office (Romans 13:2). Twice, David, anointed but not yet the King, had the opportunity to slay King Saul. God had rejected Saul from being King. Saul pursued David with the might of the army of Israel. But when given two chances to easily kill the wicked King David would not (1 Samuel 24:6; 26:11). “The Lord forbid that I should do this thing to my lord, the Lord’s anointed, to put my hand against him, seeing he is the Lord’s anointed.” Paul, facing possible execution did not show disrespect to the pagan Roman nation. He declared, “I do not seek to escape death” (Acts 25:11).

Government is not the problem. God ordained government. He did not ordain democracy or socialism, fascism or communism. He ordained a structure to provide order among men. Even in the worst governed nation there is still a level of service provided to the citizens. The problem with government is people. In our nation, the problem is not the politicians. The problem are the voters which return godless, narcissistic people to office. Our Constitution begins, “We the people…”  Today, we the people have created the government that we now must live under. Adolph Hitler published Mein Kampf in 1925 and 1926, 8 years before coming to office in Germany. He outlined his political philosophies in the books. People could have known who they were appointing. The problem was not the government. It was the people.

Government is subservient to the People. In the United States, the government is chosen by the people. Sometimes, elections are direct, such as for Congress or the Senate. The office of President is chosen indirectly through the Electoral College. Appointments in the federal judiciary are made by the elected president with consent of the elected Senators. Unlike the original Christians, we can influence our government through elections. Any official can be removed. The Bible teaches that followers of Christ are to exert influence where possible. We are both salt and light (Matthew 5:13-16). Salt is ineffective unless it used and light is dark when hidden. We live “in the midst of a crooked and twisted generation, among whom you shine as lights in the world” (Philippians 2:15). We must let our light shine.

Difficult days lie ahead for our Republic. Let us press our influence wherever we can.