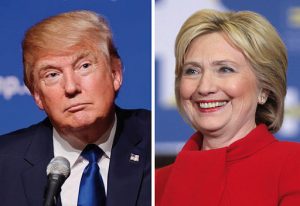 The American political environment is toxic. The conduct of candidates is, as usual, abysmal. The political air is so putrid that many Christians are stepping back and refusing to vote for any candidate. For them, the idea of selecting the best of the worst is too distasteful to contemplate. Others are caught up in the polarization and are distancing themselves from other brethren who disagree with their choices. Some fight more with other brethren than they do with the unrighteous. We ought to stop and see what politics are doing to the church.

The Corruption of Government

Like the home and the church, God gave government to man. After the flood of Noah, God established a civil penalty for murder. God knew that in the coming ages man would continue to be corrupt and would require a system of order (Genesis 9:5, 6). Jehovah would establish both a spiritual and a civil government among the Hebrews. He regulated not only sacrifices and worship but also the disposal of dead bodies, the control of disease and the establishment of property lines and boundaries. By the middle of the 1st century, Paul would write, “Let every person be subject to the governing authorities. For there is no authority except from God, and those that exist have been instituted by God” (Romans 13:1).

Ironically, like both the modern home and many churches, government has become corrupted and even turned its powers against its Creator. In most places today, government is at least benignly apathetic toward matters of faith and in some places government is overtly hostile to Christians. Beyond that, government has assumed roles of both family and church. Public schools attempt to teach character without morality. The state has taken over the role of teaching children and compel education according to the government’s standards. Meanwhile, the elderly are cared for by the cold hand of government instead of the warm hearts of family.

The very organs of state have turned against God.

Festering Purulence Oozing into the Church

The growing corruption of government impacts the church. Some politicians, together with willing churchmen, have allowed political rhetoric to wedge its way into the fellowship of God’s people. In 1979, the previously unheard of Jerry Falwell launched the Moral Majority, a political action committee supported by evangelical Christians. Millions of dollars were raised to support political causes. The organization was merged into the Liberty Foundation near the end of the 1980’s.

While the goals of Moral Majority are laudable, it may have been responsible for a shifting of political discussion into the church. In some cases, preachers sermonized for and against candidates. In some places, Ronald Reagan was mentioned more than Jesus Christ.

Today, brethren disagree with vitriol about political issues. The misguided role of government has now entered the church and churches are becoming misguided political battlegrounds.

The Cure is Salt

Like butter, government can be purified by salt. Not NaCl+ but people salt; the kind of salt Jesus spoke of in the Sermon on the Mount.

“You are the salt of the earth, but if salt has lost its taste, how shall its saltiness be restored? It is no longer good for anything except to be thrown out and trampled under people’s feet.” Matthew 5:12

The irony is that the very process that is dividing brethren is the same process that Christians must be involved in.

Here is the hard part: Christians in politics must first be and act like Christians! We cannot influence for good if we surrender the high ground and submerge ourselves in the usual hateful rhetoric that so often marks political campaigns. Here are 5 suggestions:

All of the above depends on being informed by your faith in Jesus Christ. Christians inject Jesus’ teachings into the surrounding culture. Government is his, let us use his church as a counterpoint to its ugly downfall.

Undoubtedly, you will disagree with other brethren. Ensure that such disagreement never arises to conflict in worship. When we assemble, we do so to worship God, not the flag. Preachers must use their precious minutes in the pulpit to preach Jesus Christ and him crucified; they must not pontificate on political party platforms. To do so takes away from the gospel.

Preachers must teach the whole counsel of God and that does include issues which are politicized. Abortion, gay, lesbian and transgender issues. We must speak on the poor and poverty. We must seek peace where possible. These issues, and there are more, cut sharply across the political spectrum. Speak to the issues, teach your listeners and encourage their work in the culture. But whatever you do, do not allow the politics of the day to divide the brethren!