God has dealt with men differently through the ages. A misunderstanding of these periods or dispensations can have a profound impact on understanding God’s word today. Denominations base some of their worship practices on the law of Moses as if it were normative today. Supporters of the lesbian, gay, bi-sexual and transgender (LGBT) agenda, assert that biblical injunctions condemning their actions are similar to other Old Testament teachings like animal sacrifice, slavery, and stoning of incorrigible children. Christians may contribute to this misunderstanding by depending solely upon Mosaic standards to assert standards for modern life.

God has dealt with men differently through the ages. Typically, He enters into a type of covenant with His creation. These are not negotiated covenants or contracts as we understand them today. These are unilateral covenants in which God binds both Himself and his creation to its terms. God is sovereign, i.e. He answers to no one other than Himself. Therefore, there is no one with whom to negotiate. Performance of the covenant is ensured by God Himself. “For when God made a promise to Abraham, since he had no one greater by whom to swear, he swore by himself” (Hebrews 6:13 – emphasis mine, jbe). This is fully acceptable because God cannot lie (Titus 1:2 Hebrews 6:18). The problem has always been that man is not faithful to the covenant.

In the very beginning, God dealt directly with mankind, typically speaking to the heads of the families. He blessed Adam and Eve (Genesis 1:28) but forbade them to touch the forbidden tree (Genesis 3:17). He commanded Noah to build the Ark, which would save him from the coming flood (Genesis 6:14). He promised Abraham great blessings contingent on his obedience (Genesis 12:1-9). All men were subject to God’s commands. Some would remain subject to the Patriarchal covenant until Acts 10 and the conversion of Cornelius. But a subset of creation, the offspring of Abraham, Isaac, and Jacob, would soon be given a new and unique covenant.

God promised Abraham to make his offspring into a great nation (Genesis 12:2). Now, some 450 years later, that promise was being fulfilled. Gathered at the foot of Mt. Sinai, the Hebrews (Israel) received a law of their own – a law never given to anyone else. This law included spiritual and worship mandates, civic instructions, and health regulations. Exodus 20:2 shows God is speaking only to the ones he brought out of Egypt, the Hebrews. The laws that followed, including the 10 Commandments, were only given to Israel. It is true that many of the commands in Christianity, but they are given anew and not as a continuation of the Mosaic law. This law, the law of Moses, was done away with in Christ (Colossians 2:14 et. al). We will focus more on this removal of the Law later.

There is now a new law which all men are amenable to – the law of Christ (1 Corinthians 9:21). Many reject Christ and his law, other ignore it and some are neglectful, but this law is the law by which we will be judged. Turning again to the promises made to Abraham, we find the following: “in you all the families of the earth will be blessed” (Genesis 12:3). This is an early and somewhat vague promise (c.f. Genesis 3:15) but would become clearer in time (Isaiah 11:1, 10, Psalm 89:35-37). This new covenant is with all men and all are commanded to submit to it (Acts 17:30).

In a coming article, we look closer at each of these periods and the implications for men today. 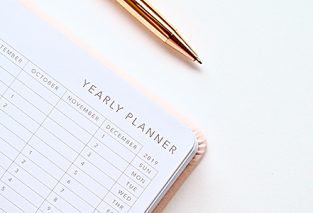