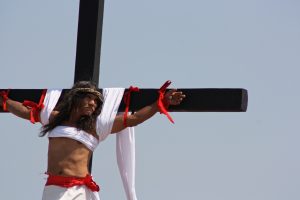 Previously, three periods of time were addressed during which God dealt differently with people. Those periods are the Patriarchal, Mosaic, and Christian. In this article, we examine the Mosaic age in greater detail.

All people are subject to Jesus Christ. He is the King of Kings and Lord of Lords (1 Timothy 6:15; Revelation 19:16). Men have always been subject to God, but today are specifically under the law of Christ. This present dispensation or covenant is the Christian Age.

Romans 8:2 contrasts this new age against the old Jewish system: “For the law of the Spirit of life has set you free from the law of sin and death.” The law of Moses was useful but could never save (Hebrews 10:4). As good as Abraham was, he would perish eternally had Jesus not paid the ultimate debt for him.

Everything in the Old Testament points to Jesus Christ. Man sinned, and irrevocable condemnation followed in Eden (Genesis 3:1-7, 22-24). Yet, God still loved his creation and was prepared to save them. In the midst of the curses of Genesis 3, God uttered the first messianic prophecy forecasting the coming of a Savior (Genesis 3:15).

Even before man sinned, God had made provision for salvation. Peter says of Jesus that “He was foreknown before the foundation of the world” (1 Peter 1:20). During the period of the Mosaic Law, the great prophet Isaiah look ahead to future beyond the Law (Isaiah 2:2) when all nations, not just Israel, would belong in God’s house. In Nazareth, Jesus Himself asserted that he was the fulfillment of ancient prophecies. He assembled prophecies from Moses, Isaiah, and the Psalmist and then declared, “Today this Scripture is fulfilled in your hearing” (Luke 4:21).

The age of Christ began with Jesus’ death at Calvary. This is a crucial turning point in salvation history. Two erroneous teachings hinge on the misunderstanding of the central role of Christ’s death as the transition between the Mosaic age and the Christian age.

First, some attempt to use Mosaic age events to deny or discredit Christian age commands. For example, some argue that the thief on the cross (Matthew 27:38 ff; Mark 15:27 ff; Luke 23:32 ff; John 19:18 ff) is somehow proof that baptism is unnecessary for salvation. Such reasoning fails to note that both the penitent thief and Jesus lived under the Law of Moses when baptism was not required. The Hebrew’s writer clears any confusion: “For a will takes effect only at death since it is not in force as long as the one who made it is alive” (Hebrews 9:17). Christ’s law was simply not in effect.

Second, some attempt to use Mosaic age events to justify the inclusion of items in Christian age worship. For example, mechanical instruments of music were ordered in Mosaic age worship. So was incense, animal sacrifice, a clergy-laity system, tithing, etc. None of these things survived the death of Jesus and died at Christ’s cross (Colossians 2:14). The death of Christ established a new age. We no longer serve the shadow of things to come but the actual law of liberty inaugurated by Jesus Himself (Hebrews 1:1; James 1:25)!

Clearly, the Bible student must differentiate the various ages and methods by which God deals with his people. It would be a grievous error to confuse them. We must correctly handle the word of truth (2 Timothy 2:15). God’s word is a sharp weapon (Hebrews 4:12) and must be handled with care.