Forgiveness is a hard trait for anyone to master. It is most difficult when we try to forgive ourselves. Those who live in Christ must learn to forgive. Hear the words of Jesus:

Jesus says that if I do not forgive others who have offended me, I will not be forgiven of my trespasses. A parallel verse is in James 2:13, “For judgment is without mercy to one who has shown no mercy. Mercy triumphs over judgment.” Personally, I crave both forgiveness and mercy. I need copious amounts of both; I suspect you do too.

If anyone in the Bible had a reason to hold a grudge, it would have been Jesus. The purest one ever born had come to earth for one reason: “to seek and to save the lost” (Luke 19:10). But despite his sole purpose of helping humanity, Jesus became the target of their wrath. He was arrested, maltreated, and crucified on an old rugged cross. Yet, as he hung on that cross, he uttered this immortal statement, “father forgive them (Luke 23:34).” As the ultimate example of a holy life, Jesus teaches us to forgive.

Christians don’t always live up to the master’s example. Christians can be just as petty and unforgiving as non-Christians. But our failure to exemplify Christ does not lessen the imperative of forgiveness.

Those outside of Christ are often amazed when they see acts of true forgiveness. For example, Georgia Congressman John Lewis’ public forgiveness of Alabama Gov. George Wallace. Or the beautiful image of Botham Jean’s brother embracing and forgiving convicted murderer Amber Guyger as she was being sentenced for the murder of his brother. True forgiveness is so rare in our world that it always turns heads when it happens.

People occasionally blur the line between forgiveness and hypocrisy. They see or hear of a Christian doing something sinful. They immediately cry, “hypocrisy!” But what they overlook is that the Christian is struggling to overcome sin. Along the way, he stumbles. But God has forgiven him. 1 John 1:5-10 is enlightening. We know first the necessity of “walking in the light.” Second, even while walking in the light, the Christian needs forgiveness. And three, forgiveness is forthcoming from a loving God.

There is no hypocrisy. There is only a real struggle to overcome sin in daily life.

This is not to say that hypocrisy never occurs; it does. And sometimes, Christians deliberately act contrary to God’s holiness. In that case, they are hypocrites. But to assert that every stumble or error is an act of hypocrisy is just wrong. Certainly, you and I would not want to be judged that way.

Occasionally a person will use the perceived hypocrisy of someone else to justify their own misdeeds. Maybe they’re not really trying to justify themselves as much is there trying to raise their stature among other people. They point out the weaknesses in failings and other people and then conclude that their sin is no worse than the others. It is true that any sin separates a person from God. But it is also true that another person’s sin has no bearing on your standing before God. Another person’s sin does not justify you. We will be judged individually (Romans 14:12).

Hiding behind hypocrisy evidences an unwillingness to confront one’s own sins. It also suggests a desperation to be seen as righteous but without a penitent heart. If you are outside God’s kingdom and judging it by its citizens, you are missing the most important part. We are not and will not claim perfection. We rely on God’s promise of forgiveness as we strive to know Him and pattern our lives after Him each day.

In the beginning, we said forgiveness was a hard trait to master. It’s also a hard act to understand. No matter the depth or depravity of your sin, you can be cleansed and stand righteous before the Lord. After a laundry list of common sins, Paul said: “And such were some of you. But you were washed, you were sanctified, you were justified in the name of the Lord Jesus Christ and by the Spirit of our God” (1 Corinthians 6:11). Come now for the healing and forgiveness found only in Jesus! 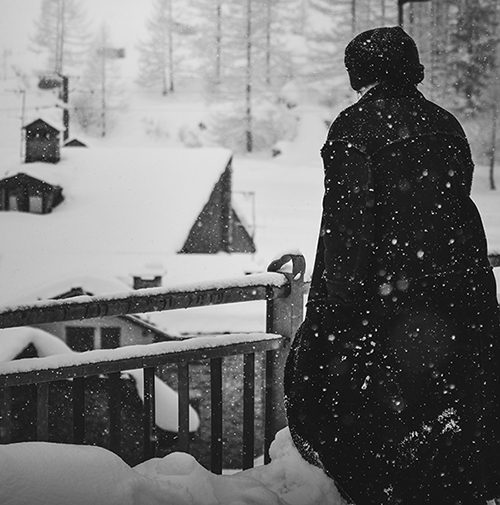 How to Study the Bible Part 1 – Mindset