Of all the words that have fallen out of favor, sin is in the top spot.  No one wants to think about sin, especially the idea that they have sinned. Still, sin is real. It is part of the Bible and is prominent in the Gospel story of Jesus.

The origin of sin

Genesis 3 is the first account of sin in the Bible. The first couple, Adam and Eve, were given a very simple choice. They had to decide if they would eat from the Tree of the Knowledge of Good and Evil or if they would avoid it as God commanded. Eve ate the fruit of the tree and gave it to her husband, Adam, who was with her (Genesis 3:6). At that moment, sin entered the world.

God warned them that if they ate of the Tree of the Knowledge of Good and Evil, they would surely die (Genesis 2:17). Even though Adam lived well over 900 years, he died. More importantly, Adam and Eve died spiritually. That is, they separated themselves from God through their sin. It is accurate to say that sin began with Adam and Eve in the Garden of Eden.

Most basically, sin is disobedience to God. In Romans 3:23, Paul says sin is to “fall short of the glory of God.”  The ancient word, which we translate as sin, actually means to fail to meet a goal or to miss the mark. We might say that Christians aim to glorify God and become holy like He is holy. When we fail to do that, we miss the mark. Or, put another way, we sin.

While sin is certainly a mistake, it’s probably best if we don’t think of it that way. For most, sin is a deliberate act of disobedience. It may be that we choose to commit some sinful action. But often, sin is a failure to do what we know to be good (James 4:17). Like Adam and Eve before us, we are warned of the consequences of sin. Paul says the wages of sin is death. (Romans 6:23; Proverbs 10: 16). Death always follows sin.

But who is guilty of sin? Is it God’s fault for giving us a choice while knowing we would often choose wrongly? Is it Satan’s fault for wielding such evil influence? These are incredibly important questions because the person guilty of sin faces eternal consequences. Those consequences include a forever separation from the presence of God. It means the person will spend an eternity in a devil’s hell.

Perhaps it is simplistic, but the person guilty of sin is the person who actually sins. In other words, I am not guilty of sin because my father, or any other ancestor, was a sinner. I sin, and you sin; therefore, we are each individually guilty of our own sins. The inspired prophet Ezekiel reports God’s own words: “the soul who sins shall die” (Ezekiel 18:4). The entirety of Ezekiel 18 makes plain that sin and its consequences are not inherited. A person must sin before he is guilty and before facing the consequences.

The harsh reality is that every one of us sins. Referring again to Romans 3:23, we see that all have sinned. John says in 1 John 1:8 that “if we say we have no sin, we deceive ourselves, and the truth is not in us.” We choose to sin and are, therefore, appropriately guilty of sin and must suffer the consequences of sin unless someone intervenes for us.

What can I do about my sin?

You cannot fix your sin. If that statement is true, and it is, you are in a horrible predicament. God must require payment for sin else God would not be just. Before the foundations of the world were laid, Jesus was selected as the payment for our sins. Jesus was chosen to be a propitiation for our sins (Romans 3:25), that is, one who receives the penalty of sin in place of someone else, a substitute, if you will. The propitiation of Jesus demonstrates that God is both just and the justifier of those who have faith in Jesus (Romans 3:21 – 26).

Your sin is removed because of the blood of Jesus. Redemption is found in Christ (Romans 3:24). Eternal life is in Jesus (Romans 6:23). In Christ, there is no condemnation (Romans 8:1). All spiritual blessings are in Christ (Ephesians 1:3). How do we come into Christ? We do so in obedience to his commands. Baptism, so often downplayed, is the essential moment when we enter Christ. (Romans 6:3). It is only the beginning, however. We grow and are being sanctified by and through His words.

Satan does not give up. He still pursues us and sometimes we fall. We still sin. However, John reminds us that the blood of Jesus keeps cleansing us while we walk in the light.

Sin is real. The consequences of sin are real. But so is deliverance and salvation in Jesus Christ. Let us thank God for the blessing of eternal life. Sin has no hold over the Christian. Jesus has broken those bonds. That’s the greatest news anyone could hear.

When Should I Be Baptized?

Being Salt in a Sugary World 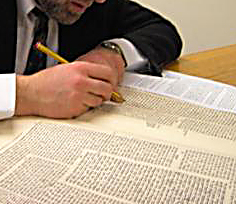