Darkness is Falling on Tuscaloosa 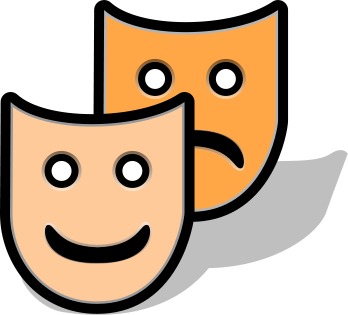 Tuscaloosa County is the home of my youth. Growing up in Northport, we often went to Tuscaloosa to shop and for entertainment. The University of Alabama was there and football weekends in the Fall were as much a part of my youth as skinned knees.

In 1972, when I was 11 years old, a disturbance arose concerning a small business located on University Boulevard in Tuscaloosa. An “adult” theater had begin operation. Called the “Paris Adult Theatre,” this business was soon raided by the police and closed on the grounds that it was showing pornographic movies. (1)The case was overturned on appeal to the Alabama Circuit Court of Appeals. The outrage in the town was considerable. Classy, international names like “Paris” notwithstanding, the people of Tuscaloosa did not want the business and it soon closed.

In 2002, a new head football coach at Alabama was fired before his first game when it was learned that he had patronized a strip club and engaged in sex afterwards. Despite the love of the pigskin in Tuscaloosa, the University community would not tolerate his behaviors. People stood for what was right.

It is different today.

The Tuscaloosa Arts Council and the Bama Theatre are bringing a film to show next week. The name of the film, “Turn Me On D***it” is a story of a 15 year old girl who wants to explore her sexuality. From the movie’s own website:

“15-year-old Alma (Helene Bergsholm) is consumed by her out-of-control hormones and fantasies that range from sweetly romantic images of Artur, the boyfriend she yearns for, to down-and-dirty daydreams about practically everybody she lays eyes on. “

“At home, Alma’s single mother is overwhelmed and embarrassed by her daughter’s extravagant phone sex bills and wears earplugs to muffle Alma’s round-the-clock acts of self-gratification.”

The film is not rated but does contain scenes of the self-gratification of the 15 year old mentioned above.

Clearly, morality has fallen. The taxpayers of Tuscaloosa have funded the Arts Council for many years and have paid to refurbish the 1930’s era Bama Theatre will the film will be shown. It is all done under the claim of artistic values. To be fair,the film did win major awards at some of the international film festivals. I do not consider myself an artist. But not all art is good. Clearly, this is immoral art. We are forced to wonder what would happen to man with a similar video of a 15 year old girl on his computer. Would he escape charges because he called the porn, art? We think not.

Some good people in Tuscaloosa have tried to stop this film from playing in Tuscaloosa, but, as you would expect, they have been pilloried in the media. Christians must be in prayer over this darkness of sin that is encroaching more and more in Tuscaloosa. Stand up and be counted!

Let me leave you with Isaiah’s quote from Isaiah 5:20:

“Woe to those who call evil good and good evil, who put darkness for light and light for darkness, who put bitter for sweet and sweet for bitter.”

Now I know I will be attacked too because of this article. But I figure that when I am, I will be in good company. Your thoughts, encouragements and even your criticisms are welcomed.

2 comments On Darkness is Falling on Tuscaloosa