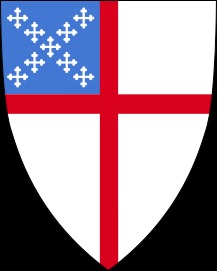 One should not take joy in the demise of a church. It comes only after devilish ideas are embraced and sound Bible teaching has been rejected. Nevertheless, the continued meltdown of the Episcopal church does teach an important lesson to those who rush to liberal theology as the true hope of mankind.

Not only is the Episcopal church bankrupt spiritually having endorsed homosexual unions and now even cross-dressing clergy, they are now even struggling to pay the debt on their multi-million dollar headquarters. Their is a stunning analysis of their failures which you should read.

There are many lessons which can be gleaned from the impending failure.

The Episcopal church is the American version of the Church of England which began as a split from the Roman Catholic church. It has always been “romanish” in its trappings and has been part of an ever swelling organization. The financial overhead of such centralized churching has taken money from the local churches in order to support a bureaucratic machine.

Local church members have  lost any control over their destiny within the Episcopal faith. Decisions of the denomination to endorse same sex priests and to approve cross-dressing within their clergy are generally not doctrines supported by most within the Episcopal church. But when extreme power to make such decisions is handed over to high ranking officials, little can be done but to leave.

There is no Biblical evidence of such a bureaucracy in the first days of the church. Local congregations were to have elders (Acts 14:23; Titus 1:5) who were to guide the church and shepherd its members (Acts 20:28).

Some of our brethren in the churches of Christ are embarrassed when we speak, teach and preach about doctrinal matters. But the collapse of the Episcopals is evidence that doctrine does matter. Some years ago another so-called mainline denomination found that their numbers were declining. An internal study found that people were leaving because they were not being taught anything of substance.

Some of our brethren believe the answer is to decrease our doctrinal teaching and decrease the discussion of the things that divide us from others. While their motives are pure, they method is flawed. It is only by discovering that original, ancient, first century doctrine that we can today restore and maintain the church for which Jesus died.

Paul warned of those who teach doctrines different from what had been delivered.

“I appeal to you, brothers, to watch out for those who cause divisions and create obstacles contrary to the doctrine that you have been taught; avoid them. 18 For such persons do not serve our Lord Christ, but their own appetites, and by smooth talk and flattery they deceive the hearts of the naive.” (Romans 16:17-18)

He encouraged Timothy to preach only “sound doctrine” and to oppose any change in that doctrine (1 Timothy 1:3, 10). An identical message was given to Titus (Titus 1:9, 2:1).

There is One Church

Jesus said he was going to build “His church” in Matthew 16:18. The keys to the church would be given to Peter to bind and loose the things which were already bound and loosed in heaven. That one church was established a short time later on the day of Pentecost. People were added to that church by God himself (Acts 2:41, 47).

It is not popular to suggest there is but one church. Those in the churches of Christ seek to restore that first century church. Do we err sometimes? Yes we do. But we constantly strive to present Christ to the world apart from the trappings of denominationalism  that are hurtful, divisive and split believers into opposing camps.

I know many good and honest people have invested much in the Episcopal church only to see it stray far away from simple Bible teaching. I know  they are hurting and confused. Our allegiance is to Jesus, not to some church board, synod or House of Deputies. Come and help us seek the truth in the Bible alone. You will be welcomed!

Darkness is Falling on Tuscaloosa

Why Does Evil Exist?