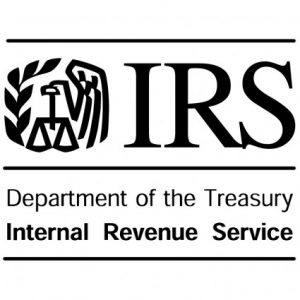 Hundreds of preachers are going to break the law today (October 7, 2012). It’s called Pulpit Freedom Sunday and it is staged by an organization that works to protect churches against government intrusion. Preachers will step into their pulpits today and take a political position for or against Mitt Romney or Barack Obama. Intervening on behalf of ( or in opposition to) a political candidate violates IRS rules and could jeopardize the tax exempt status of the churches. Those participating hope the IRS will act against them so  that the 1954 law which prohibits tax exempt bodies from such activity can be challenged in court. Participants believe that they must speak out against President Obama as being dangerous for our nation and “un-American.”

I don’t believe the government should control what comes from the pulpit. But this approach is misguided and wrong.

Barack Obama is Not the Gospel; Mitt Romney is Not Worth the Time

Writing at a time when the church was under growing pressure and persecution, Paul stated the clear theme for preaching:

And I, when I came to you, brothers, did not come proclaiming to you the testimony of God with lofty speech or wisdom. For I decided to know nothing among you except Jesus Christ and him crucified.  And I was with you in weakness and in fear and much trembling,  and my speech and my message were not in plausible words of wisdom, but in demonstration of the Spirit and of power,  so that your faith might not rest in the wisdom of men but in the power of God. (1 Corinthians 2:1-5, emphasis mine)

For Paul, there was nothing more important than Jesus and his death at Calvary. His preaching was in the same spirit of the early, original Christians who “did not cease preaching and teaching that Christ is Jesus” (Acts 5:42). He preached the cross:

But far be it from me to boast except in the cross of our Lord Jesus Christ, by which the world has been crucified to me, and I to the world. (Galatians 6:14)

For the apostle, there was nothing more important than preaching Jesus. Paul was willing to give up everything just to know Jesus (Philippians 3:8).

Time in the pulpit is precious. Many hear only one very brief sermon every week; some hear less than that. To take time away from Jesus and give it to either the President or to Mitt Romney is a shame. Let them hear Jesus. Let them hear the words of inspiration. Let them hear the message that sets men free.

Be Subject To the Governing Authorities

Christians cannot pick and choose laws they like. There are many laws that trouble me deeply. Taxpayer funded abortions, protection and support of immoral practices, gambling and beverage alcohol sales are just a few of the laws which I oppose. But Scripture says:

Let every person be subject to the governing authorities. For there is no authority except from God, and those that exist have been instituted by God. 2 Therefore whoever resists the authorities resists what God has appointed, and those who resist will incur judgment. (Romans 13:1,2).

Jesus said to give to government its due (Matthew 22:21). It exists for the common benefit. But even when it goes horribly wrong, Christians must not break the law unless that law forces us to choose between God and government. This IRS law does not. The IRS law is about money. I can endorse anyone I want from the pulpit. But when I do so, I surrender a tax benefit. I am free  to preach anything but in doing so I may have to pay a price.

Paul preached under the oppressive hand of government persecution. First century Roman persecution against the church was unlike anything we have ever imagined today. This was the era of murderous emperors who thought nothing of burning Christians alive or sewing them into burlap bags along with vipers and scorpions and then casting them into the sea. Yet Paul demanded submission to the authorities. If it wasn’t bad enough in 60 AD to preaching against Caesar by name, it sure isn’t bad enough to do so now.

Do We Ignore Sin?

Obviously not. The spiritual battles we wage is in the hearts of men. We can and must preach against any kind of sin anywhere for such sin separates from God (Isaiah 59:2). Sin brings death (Romans 6:26). It is by the “foolishness of preaching” that men are saved (1 Corinthians 1:21-23). Let us preach salvation in Jesus Christ. No man is lost eternally because an American president makes poor policy decisions. Men are lost because they sin (Romans 5:12).

The problem with Pulpit Freedom Sunday is that it substitutes the glory of Jesus Christ with the tawdry business of politics. It confuses a a real, fundamental problem with a symptom. The real issues lie with the voters themselves. Preach the gospel soundly and men will be changed. Let us focus on changing hearts and bringing souls to the kingdom. Then we will see changes in government.

Until that happens, let us pray for those in high offices (1 Timothy 2;1,2) and then entrust our future to the Lord! Do not allow our anger and disappointment with the present authorities to cloud the message of Jesus Christ!