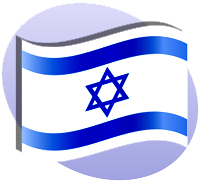 Israel is the center of controversy. The United Nations established the nation of Israel in 1948. Original borders were not specified but today Israel encompasses just over 8,500 square miles. The population is just over 8.2 million people. From its establishment, Israel has been the focus of war and conflict. The day after it formed and the British relinquished rule, Arab armies attacked. Israel has been successful in fending off attacks for almost 70 years. The United States is Israel’s supporter and ally. Arguably, the U.S. has no stronger ally than Israel. Many Americans support Israel because they believe God protects it. They reason that God promised them the land unconditionally and that we must back Israel or else find ourselves in opposition to God.

Israel Is Not the Israel of the Bible

The Israel of the Bible ceased to exist when invading Roman armies lay waste to the city in 70 AD. Today, Israel is a secular country established by fiat of man and not by God. Voters elect their government every four years in a nationwide election.

God’s plan for Israel first consisted of Judges, deliverers who would arise and defend the nation militarily. The people demanded a king (1 Samuel 8) and a monarchy began but that was not God’s intent. History shows that kings caused frequent problems for the nation. The Herod Dynasty, ruling in the days of Jesus and until the destruction in 70, bore no resemblance to the life of King David or Solomon. That nation was taken away in an act of Divine judgment through God’s use of the Romans.

Israel was Never Given Land Unconditionally

God promised Abraham the land upon which he traveled (Genesis 12:7). God fulfilled that promise when Joshua led the Israelites into Canaan (Joshua 11:23). Some patches remained to take, but God himself promised to handle them (Joshua 13:6).

The nations of Canaan were removed because of their wickedness. All were pagan, idol worshipping people. Joshua reminded Israel that God would protect and defend them only as long as they were faithful (Joshua 23:12, 13; Joshua 24:20). That same warning is given Solomon by David (1 Chronicles 28:9). After the death of Joshua, the people turned to idols. Time and again God warned and punished the people. They continued to disobey. By the time of Jesus, there was growing wickedness that culminated in the crucifixion of the Son of God. A generation later, the nation ceased to exist.

The Romans destroyed the Temple at Jerusalem and to this day, that Temple has not been rebuilt.  In 363 AD, A Roman emperor ordered a rebuilding of the Temple but building ceased after initial construction ended, either by sabotage, fire or an earthquake. Christian historians ascribed the earthquake to Divine intervention against the rebuilding.

Today, there is no need for Israel. God’s chosen people are Christians (Titus 2:14; 1 Peter 2:9). There is no sacrifice required for Jesus is our once-for-all sacrifice (Hebrews 10:10). Animal sacrifices were never enough to pay for sins (Hebrews 10:4).

If you wish, support Israel because it is an ally, because it is a wise diplomatic decision. However, do not support the present secular state of Israel out of some thought that God protects it today. All Jews may be saved in Christ but not because of their nationality.

What Has Been Done, Will Be Done

1 comments On Land of Israel