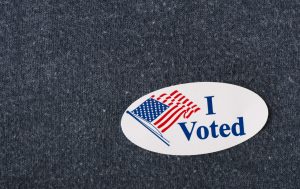 Since Jerry Falwell and the Moral Majority swept Ronald Reagan to victory in the 1980 Presidential Primary and General Election, politics have become more and more intertwined with faith. Nowhere is this mixing more evident than in the so-called evangelical churches. The politics of faith has even made its way into the pulpit and preaching of some churches. The current controversy over U.S. Senate candidate Roy Moore provides a powerful illustration of what can happen when personal politics blend with preaching the word.

Preachers have no business endorsing individual candidates from the pulpit. Our preaching upholds Jesus to the world, not men. We must preach the “whole counsel of God” (Acts 20:27) and avoid unnecessary entanglements in the affairs of this life (2 Timothy 2:4). However, Christians are the light and the salt of this world and must bring their influence to bear where possible (Matthew 5:13-16). I argue that the best way for preachers to influence is by teaching the Bible in all of its authority. God is the only legitimate moral lawgiver and, as such, his word controls our lives.

The current political fiasco involving Roy Moore is instructive for preachers. Some, who backed the candidate from the pulpit now find themselves in a squeeze: “God’s candidate” is accused of pedophilia and multiple counts of sexual misconduct. What’s an endorsing preacher to do? He must learn that using the pulpit to endorse any candidate is fraught with the danger of bringing disrespect upon himself as the proclaimer of the word of God.

I have no certainty that Roy Moore is guilty, nor am I certain that his accusers are lying. I just do not know. I do know that his opponent promotes abortion. So, I too am in a squeeze. I will vote so I will have to make a decision. The difference is that my decision will be private. The church for which I preach will not be sullied by my endorsement of anyone. Sunday morning, I will preach Jesus.

I hope my colleagues will stop getting all hot and bothered about the people who run for office. If we preach the word only, we will be good servants of our master. I call on fellow preachers to simply “preach the word” (2 Timothy 4:2) and let others play politics.

An old preacher once observed that being involved in politics is like reaching into an old stovepipe while wearing a white, long-sleeved shirt. No matter how careful you are, the shirt is going to get dirty.

Does Christmas Seem Empty to You?