It was on this day in 1983 that President Ronald Reagan proclaimed that the Soviet Union was an “evil empire.” The statement sent shock waves throughout the diplomatic world and many declared that the popular President had set U.S. – Soviet relationships back thirty years. Reagan’s comment was nonetheless true. The Soviets did not believe in God nor did they allow people to worship freely. Personal liberty was unheard of and there were no true civil rights. Within a few short years that empire would crumble and freedom would begin to sweep across eastern Europe and Asia.

There is today an evil empire which exists and is even bigger than the old Soviet Union.  It has no world headquarters or capital and no visible leader, President or Prime Minister. In many cases its residents do not even know of their citizenship in the empire. In spite of this, it is just as real as the Soviet Union. It is the empire of Satan.

The Bible teaches us that there is a kingdom the belongs to Jesus. He spoke of his kingdom twice during his life on the earth. In Luke 22:30 and again, before Pilate, in John 18:36 and 37. Paul says it this way in Colossians 1:13:

Notice that there is a domain, or place of authority, where Satan reigns. It is interesting that Paul uses two different words here, one for domain (ezousia) and the other for kingdom (basaleean). He clearly means two different things. The first, domain, speaks of an authority or place of ruling while the second, kingdom, seems to suggest a larger more powerful place. Satan is allowed to rule here and now but under limits set by God. While Satan’s evil empire is powerful, it does not and will never, overrule or overpower the kingdom of Christ. Jesus said as much in Matthew 16:18 when he said he would “build my church and the gates of hell would not prevail against it.” Isn’t there great comfort in knowing that while Satan can cause trouble now, his work is temporary and inferior to that of our King?

It is strange that some would choose to side with a looser. Why would anyone seek to serve Satan? In the end, Satan looses and Jesus wins!

With that in your  mind, let me leave  you with one more verse which underlines the power of our Lord:

“But thanks be to God who gives us the
victory through our Lord Jesus Christ
(1 Corinthians 15:57)

In Christ you win. Outside of Christ you lose. It is very simple.  I mentioned at the start that some serve Satan without knowing it. It must be our task and mission to seek those people and bring them a knowledge of liberty in Jesus. Let us resolve to free them from the bonds of Satan and let us, as President Reagan again said “tear down that wall” that keeps them from God. Jesus said in John 8:32, “you shall know the truth and the truth shall set you free.” Let us share the truth with all men!

Man of Sin and the AntiChrist

7 Opportunities for the Gospel 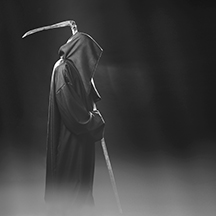